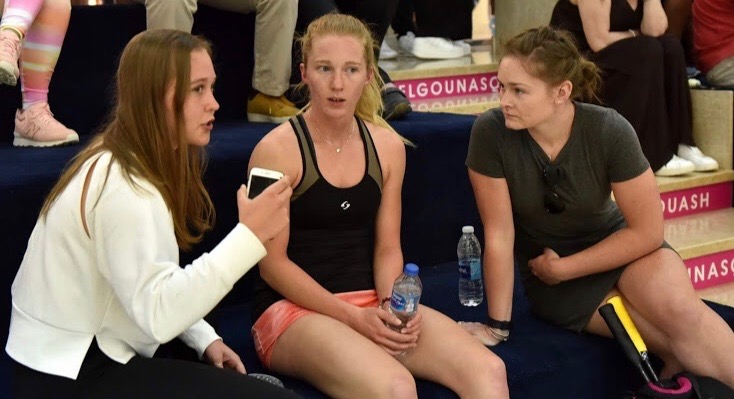 Had a whirlwind trip but a great one!

I flew to The Netherlands as the number one reserve, hoping I would get into the DPD Gold Event. Luckily, the moment I landed in Amsterdam I received an email that I got into the tournament and would be up against Amanda Sobhy on the regular court.

The first day I arrived, Coline Aumard and I got picked up and driven to the glass court venue in Eindhoven. It was a unique venue being in DPD’s new package distribution centre. Above the glass court packages were being zipped around on a conveyer belt. Below on the main level there was a variety of activities and games. There was a machine that measured how hard you can hit the ball and I discovered that I hit the ball as hard as an 11 year old boy (140km/hr). Something to work on!

I went into my match against Amanda wanting to perform well but also able to play without any pressure. I have been working on a few things in my game and wanted to put them to the test. After a shaky solo in the morning I was pleasantly surprised when I started to play our match. Everything was flowing, I was moving well, balanced, and relaxed. It allowed me to attack the ball and put her under more pressure than I had in our previous match ups and for the first time, get a game off of her. Score: 12-10, 6-11, 11-7, 11-8.

The following days I spent playing practice matches and training with some of the other girls. I felt confident and encouraged after my match. During our down time we watched matches and enjoyed some delicious meals at Happiness Kitchen. If you’re ever in Eindhoven- strongly recommend going there for a healthy lunch, and then a not so healthy brownie. They’re delicious.

Tinne Gilis and I then traveled to Cairo for a couple of days before El Gouna. In the mornings, after having an amazing traditional Egyptian breakfast, we spent our time exploring Cairo, checking out the Mummies at the Museum and riding Camels at the Pyramids. In the afternoons we trained at the Gezira club, playing practice matches against each other and Nada Abbas. 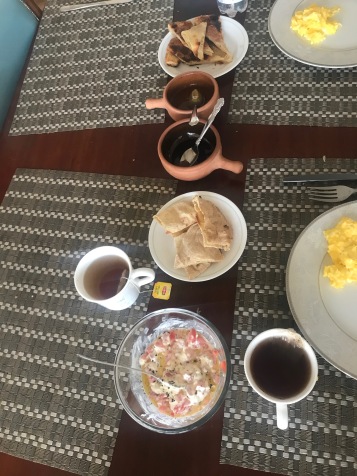 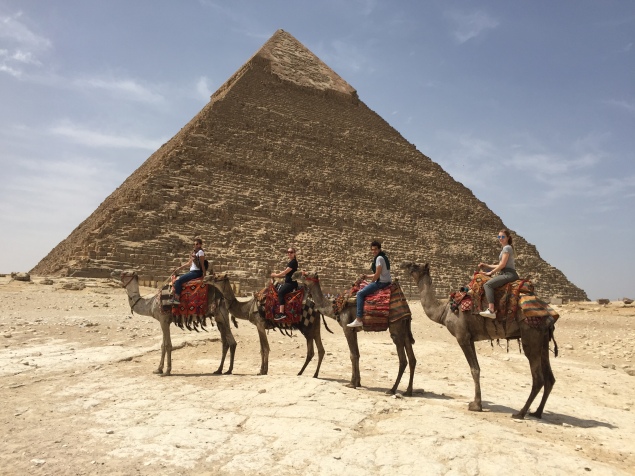 We then flew to El Gouna and booked an airbnb with 4 other girls. The first few days we spent adjusting to the courts, sorting out food and water, and enjoying some sun. We then moved to the tournament hotel the night before our matches.

My first round was against Milou Van Der Heijden from The Netherlands. Going into the match I felt confident that if I played well that I could win. During the match I struggled at times to find my length, but stepped up and attacked the ball off the volley more. My body was cooperating with me so I was able to cover her counter attacks. Score: 11-4, 12-10, 11-8. 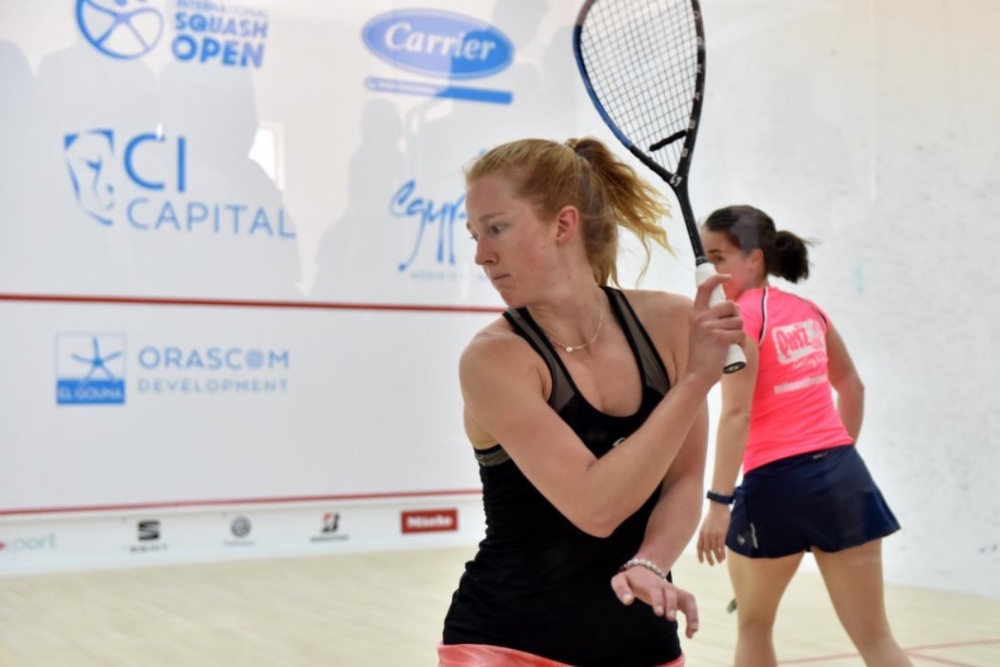 The following day I had a rest day. In the morning I did a warm up hit with Alex Fuller before her match, then played 3s with Tinne and Coline in the afternoon before the welcoming ceremonies.

Up next was Salma Hany. I have never played Salma in a tournament and the only time I had been on court with her was this summer during an exhibition at the Edmonton Squash Club. She has amazing hands and is very smart about how she plays. I have mixed feelings about this match. There were moments where both of us played well, and others where we didn’t It was very up and down, but at the end of the day she outplayed me and was more consistent. Her length was tight and she took advantage of any loose shots I hit. It was a good learning experience and I gained more information about what I can work on going forward. Score: 11-9, 11-2, 8-11, 11-8

I enjoyed a couple more days in El Gouna, exploring the local market, enjoying the beach, and watching some squash at the glass court.

After three days of travel I made it back to Calgary. Happy to be home!

Next up: Canadian National Squash Championships in Toronto. Looking to defend my national title!